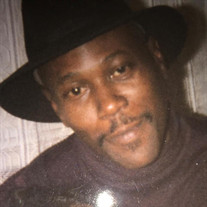 Phillip Ray Washington, Sr was born on September 30, 1968 and he departed July 26, 2021. His loss was completely unexpected and has left his family saddened and in disbelief. Phillip was the third born of five children to his parents Anthony Washington Jr. (aka Tubbs) and Norma Dean (Dabbs) Washington (aka Boots) in Independence, Kansas. He attended Independence Public Schools in Independence, Kansas. As a young man, Phillip relocated to Wichita, Kansas where he worked for John Huff Sanitation. In 1984, while still living in Wichita, he met and married his first wife, Michelle Medlock and went on to raise their four children. In 1987, Phillip relocated his family to Omaha, Nebraska. Phillip worked as a construction laborer when he arrived in Nebraska and quickly became an expert concrete finisher. He and Michelle divorced in 2001. In 2008 he re-married his beloved wife Crystal (Haynes) Washington. Phillip will be remembered as always being a kind and lighthearted man. In 2008, Phil accepted Jesus Christ as his personal savior and joined Greater St. Paul COGIC. Phillip was passionate about music and could often be found listening to all his favorite old school, classic R&B, and gossip albums. Phillip was an avid outdoorsman who enjoyed fishing with the men in his family. Along with loving good music and the outdoors, he also loved a home cooked meal. His was favorite meal was fried chicken, meatloaf, mash potatoes, gravy and lemon meringue pie washed down a Cherry Pepsi. Above all, Phillip’s family meant the world to him and he would often let that be known with no hesitation. He was unendingly proud of his grandchildren. Phillip was preceded in death by both his parents and three brothers Antonio Washington, Carnell Washington, and Mac Blackmon. He survived by his wife, Crystal, sisters Barbara Sims (Omaha, NE), Deanna Willis (Omaha, NE), Jackie Webb (Wichita, KS), Cheryl Perkins (Wichita, KS), and Sylvia Chapman (), brothers Timothy Washington (Blair, NE) and Michael Perkins (Omaha, NE), daughters Natasha Ward (Liberal, KS), Shamika James (Wichita, KS), Reana Cribbs (Omaha, NE), Jessica Washington (Wichita, KS), Brandi Washington (Omaha, NE) and Chiquilla Scaife (David) (Omaha, NE) and two sons Phillip Ray Charles Washington (Dodge City, KS) and Phillip Ray Washington III (Wichita, KS), 18 grandchildren, 3 great-grandchildren, host of nieces, nephews, cousins, other family and friends. We invite each of you to keep Phil alive in your hearts.

Phillip Ray Washington, Sr was born on September 30, 1968 and he departed July 26, 2021. His loss was completely unexpected and has left his family saddened and in disbelief. Phillip was the third born of five children to his parents Anthony... View Obituary & Service Information

The family of Phillip Ray Washington Sr created this Life Tributes page to make it easy to share your memories.

Send flowers to the Washington family.