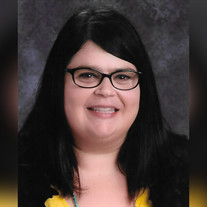 KELLER, Stephanie J. “Steph” 9/7/1981 – 4/5/2021 Stephanie Jean Keller was born on September 7th, 1981 in Sioux City, IA to Doug and Vicki Livermore. She graduated from East High School in 2000 and then went on to earn a Bachelor’s Degree in Elementary and Special Education from Morningside College and later a Master’s Degree from Wayne State College. While in High School, Steph was active in band and choir, but her true love was show choir. These activities afforded her opportunities to travel around the country, which was another passion of hers. Steph was crowned homecoming queen at Morningside in 2003. During her college years and beyond, Steph spent many summers working at Camp Foster in Okobjoji, IA which fed her passion for working with children. Following graduation, she began teaching at South Sioux City Schools where she remained for 8 years. In 2011, Steph met the love of her life, Kevin, and became Steph Keller on June 1, 2013. Following their marriage, Steph accepted a position as a special education teacher at G. Stanley Hall Elementary School in Papillion, NE. Kevin quickly converted her to Husker fandom and their home became known for driveway tailgates. Steph was the life of every party and even though she worked incredibly hard, she never stopped having fun. In 2017, Steph and Kevin became foster parents and she had the opportunity to mother six children. She was also a fur mom to her babies Simon, Bo, and Bella. She is survived by husband (Kevin) and their daughter (Sophia), her father and mother (Doug and Vicki Livermore), brother and sister-in-law (KC and Samantha Livermore) and their children (Avery, Sawyer, and Vance) father-in-law and mother-in-law (Ray and Rita Keller Sr.), brother-in-law and sister-in-law (Ray and Jenny Keller) and their daughters (Hailey and Carley) who all meant the world to her. Steph passed away at Methodist Hospital in Omaha, NE on April 5, 2021 surrounded by family following a long battle with covid-19. Celebration of Steph’s Life: Tuesday, April 13, 2021 at 6:00pm at Lauritzen Gardens (100 Bancroft St, Omaha, NE 68108) In lieu of flowers, memorials to the Camp Foster YMCA or Papillion-La Vista Schools Foundation with G. Stanley Hall in the memo and send to: Papillion-La Vista Schools Foundation, 242 W Grant St, Papillion, NE 68046.

The family of Stephanie J. Keller created this Life Tributes page to make it easy to share your memories.

Send flowers to the Keller family.