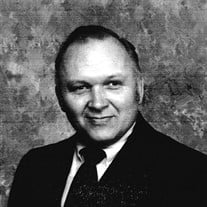 Schmidt, Robert D. December 24, 1933 – June 8, 2021 Bob Schmidt was born on a farm near the town of Waldheim, Saskatchewan on December 24, 1933. His parents were Albert and Mary (Epp) Schmidt. Except for a bit over a year in St. Catharines, Ontario during WWII, Bob spent most of his first twelve years on the farm. In the spring of 1946 Bob’s father (Albert) was appointed as pastor of a church in Huron, S. Dakota, and the family moved to the U.S.A. Three years later they relocated again, this time to Omaha, Nebraska, where Bob attended and ultimately graduated from Omaha Central High School in 1952. He next enrolled at what eventually became Grace University. After two-and-a-half years at Grace he transferred to Omaha University (now the University of Nebraska—Omaha), where he met and fell in love with Nancy Wehrman. They married in April of 1958 and moved to Winnipeg, Manitoba where Bob attended and subsequently graduated from Manitoba Teacher’s College. Immediately upon graduation he was hired as principal of a consolidated school in Southwestern Manitoba, a position he held for just a year before he and Nancy returned to Omaha with their family in the summer of 1961 for Bob to continue his education. Two children were born during their time in Manitoba; Cynthia while in Winnipeg and Ken while in Napinka. Randall and David came along 4 and 6 years after the return to Omaha. After completion of his Master’s degree Bob was invited to join the Physics faculty of the University of Omaha (soon to become the University of Nebraska at Omaha) in September of 1964, a position he would hold for the next 42 years until his retirement in 2006. Bob enjoyed reading, writing (including a physics text), and family activities such as camping, fishing with his sons, or lingering at the table for post-dinner conversation. Although often responding to necessities, Bob developed considerable skills in a variety of areas, including electronics, machining and welding, carpentry (from furniture to all phases of construction), and automotive repair. The latter included engine rebuilding and body restoration. He also delayed the trashing of a variety of small appliances by a number of years. Three fundamental interests in Bob’s life were his faith, his wife and family, as well as teaching and writing about the science on which his profession was based. Bob loved the Lord and served, in one role or another, as part of the leadership of the church for more than fifty years—from its early days in Florence until he retired from the Board of Elders in about 2013. Preceded in death by his parents, Mary and Albert Schmidt, and his sister, Ellen Tschetter. Survived by his wife of 63 years, Nancy; children: Cindy Schmidt, Ken Schmidt (Toyoko), Randy Schmidt (Sharon), and David Schmidt; grandchildren: Daniel, Joshua, Stacey, Ben, Elizabeth, Julia, Anne, Heather, Megan, and Molly; great-granddaughters: Yuria and Emiri; brother: Dennis Schmidt (Lorna); sisters: Dorothy Powers and Marjory Halstead; numerous nieces and nephews; and many dear friends. A memorial service will be held at a later date. The family suggests memorials to Crosspoint Bible Church or Habitat for Humanity.

The family of Robert D. Schmidt created this Life Tributes page to make it easy to share your memories.

Send flowers to the Schmidt family.