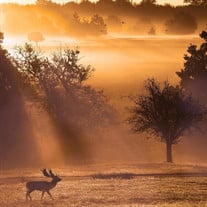 Michael Herbert Boyd, of Papillion Nebraska, was born on September 29, 1971. He unexpectedly joined our heavenly father on July 27, 2021. The angels that met him at the gate were his parents, Dale and Norma Boyd, his brother Bill Boyd, sisters, Patty Gatewood and Jennifer Mahon. Mike will be watching over his wife, Katie Boyd, his children, Andrew, Alyssa, and Dalton Boyd, sister Kathy Wyrsch, brother Tim Boyd, special-nephew Josh (Krystal) Mahon, and many beloved family members. Mike married his high school sweetheart, Katie, on September 18, 1993. Mike and Katie were married for 27 years. After five years of praying for a family, they were blessed with their first-born son Andrew in 1998, followed by Alyssa in 2000, and Dalton in 2002. Mike worked full-time and took care of his three young children while going to college full-time. He was the first of the Boyd family to graduate from college in May of 2003 he completed a Bachelor of Arts with a concentration of Cartography from the University of Nebraska at Omaha. For the past 15 years, Mike has used his Cartography skills working as a contractor for Union Pacific. Mike treasured his children and they each had special memories of time spend with their dad. Andrew and Dalton enjoyed watching Husker football, golfing, fishing as well as playing video games, especially “Need for Speed.” Ally and Mike shared a love for music. He shared his joy of 80’s music and Ally shared her love for Taylor Swift, spending many hours listening to the Folklore album together. Mike was most at ease spending time with his family, watching comedy movies, going out to eat, and taking long car drives. His favorite movie was “Joyride,” starring Paul Walker. His hobbies included watching storms, playfully joking with friends and family, and recreating his mother’s recipes he loved as a child. He will be profoundly missed. Memorials should be directed to the family to help support the Boyd children. Celebration of Michael’s Life: Saturday, July 31, 2021 at 2:00pm, with family receiving friends from 12:00pm to 2:00pm, all at Braman Mortuary (Southwest Chapel)

Michael Herbert Boyd, of Papillion Nebraska, was born on September 29, 1971. He unexpectedly joined our heavenly father on July 27, 2021. The angels that met him at the gate were his parents, Dale and Norma Boyd, his brother Bill Boyd, sisters,... View Obituary & Service Information

The family of Michael H. Boyd created this Life Tributes page to make it easy to share your memories.

Michael Herbert Boyd, of Papillion Nebraska, was born on September...

Send flowers to the Boyd family.