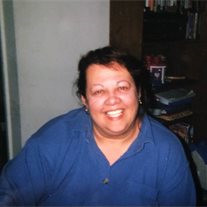 Wagner, Dixie L. 2/20/1955 – 3/15/2021 Dixie Lea Wagner was born on February 20, 1955, in Creighton, NE to Arthur & Garnett Miller. While growing up, she moved frequently around the Great Plains for Art’s work, from the Dakotas to Louisiana, before they settled in Hooper, NE. Dixie graduated from Logan View High School in 1973. Dixie attended college at the University of Nebraska at Lincoln. While in college, Dixie met Greg Wagner, and they married in May of 1978. She had two sons: Ben, in 1988, and Sam, in 1998. Dixie took up a diverse line of careers throughout her life. In the late 1970’s Dixie helped run the Mickey Meller’s campy melodrama theatre troupe in the Lincoln, NE area before moving to Omaha, NE, in 1979. Dixie worked as a secretary for the University of Nebraska at Omaha Education Department during from 1985 to 1988. Dixie then ran a home daycare center from her home in Omaha from 1989 to 2005, where she loved to teach arts and crafts, and to take the children in her care on field trips to the zoo. Dixie was very active with the Boy Scouts of America. Dixie served as Ben’s Den Leader with Pack 327 out of Hanscom Park United Methodist Church. While Ben was in Troop 42 out of Dundee Presbyterian Church, Dixie wrote the monthly newsletters and helped organize many troop activities and fundraising events. Dixie was also active with both of Sam’s scout units, Cub Scout Pack 365 out of Harrison Elementary School and Troop 597 out of Mt. Calvary Lutheran Church. She also worked for the MidAmerica Council as the editor of council newsletter, The Bugle, between 2005 and 2015, and organized council fishing derby’s and skateboarding merit badge clinics. Dixie had several hobbies and took joy in many activities, including writing, painting, photography, camping, cooking, playing scrabble, spending time with her grandson, family road trips, tending to summer gardens and houseplants, and visiting with friends over coffee. Dixie also dearly loved her many pets, including her surviving dog, Luna, and two cats, Jasper and Fender. Dixie was preceded in death by parents, Arthur & Garnett Miller. Dixie is survived by her husband of 43 years, Greg Wagner; sons, Ben (Mia Matlock) & Sam (Nina) Wagner; grandson, Augustus Wagner; brother, Toby Miller; sister, Rita (Burt) Venema; sister-in-law Vicki Templeton; Nieces and Nephews: Heather (Robert) Reed, Casey Venema. Dixie is also survived by many other family and close friends. Dixie was a beloved mother, wife, sister, aunt, and friend. She will be in our hearts forever and missed every day. A celebration of Dixie's life and potluck-style picnic will be held on Saturday, August 7th, 2021, 1 pm - 4pm, at the Elmwood Park Pavilion (802 S 60th St.Omaha, NE 68106)Please see the Facebook Event link below for more information. All guests must be vaccinated." https://fb.me/e/1CMNkMzet In lieu of flowers, memorials given to the family will be used in Dixie’s memory at a later date. Braman Mortuary (72 St. Chapel) 1702 N. 72 St. Omaha, NE 68114 402-391-2171

The family of Dixie L. Wagner created this Life Tributes page to make it easy to share your memories.

Send flowers to the Wagner family.