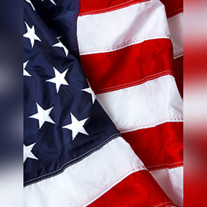 Essington, Jerome M. “Jerry” Jerry is finally at rest in “God’s Country,” which coincidentally was also his nickname for his hometown of Keyesport, Illinois. Jerry’s athleticism was obvious throughout his life. As a letter winner at Carlyle High School in basketball, baseball, and track, these talents lead him to McKendree College. He then enlisted in the U.S. Army and became a Water Supply Specialist. His six-year service included both active and reserve duty, 18 months stationed in Germany, and continued success in multiple sports. Not only did he create cherished friendships, but he also achieved a rank of Specialist 4 upon his Honorable Discharge. After attending Illinois State University, Jerry began a 30-year career with General Telephone Company. True to his nature, his “retirement“ included nine years working for the Washington Parks District, other outdoor endeavors, and time devoted to his grandchildren. As a parent, he coached his son, Jay’s, baseball team for nearly a decade and religiously attended all his children’s activities. His grandson, Lee, also benefited from his grandpa’s expertise as an assistant coach for his baseball team. It was rare to find Jerry dressed in anything other than Cardinals, Royals, Huskers or gear advertising one of his grandchildren’s various sports teams, as his favorite activity was watching his “kids” compete. Jerry’s lifelong passion for hunting whitetail and mule deer, antelope, turkey, and quail remains evident in his stories, pictures, mounts, and impressive collection of rifles and bows. He was a member of St. Andrew’s United Methodist Church, Eastern Nebraska Gun Club, the American Legion in Beckemeyer, Illinois, and was a lifetime member of the NRA. Jerry’s legacy of honest work, high expectations, and devotion to family is treasured. He will be remembered as a loving husband, dedicated father, supportive grandparent, loyal friend, and sports enthusiast to all. Jerry is preceded in death by his son, Dr. Jay Matthew Essington; parents, Walter and Rosella Essington; brother and sister-in-law, Bobby Neal and Polly Essington. Jerry is survived by his wife of 62 years, Mary Ellen (Landon) Essington; daughters, Tam Ellen (Erik) Korshoj of Omaha, NE, Terri Elizabeth Essington of Lincoln, NE; daughter-in-law, Dr. Carolyn Essington of Brick, NJ; granddaughters, Tara Ellen Korshoj of Omaha, NE, Hannah Marie Daniels of Brick, NJ; grandsons, Dr. Lee Erik Korshoj (Kelsey) of Omaha, NE, Dr. Matthew Jay Essington (Tara) of Wahoo, NE, Dr. Nicholas Jerome Essington of Beachwood, NJ. Memorials to be directed to the family. They will be forwarded to the Brookestone Village and the McKendree Chapel in Illinois for special projects in Jerry's name. Celebration of Jerry’s Life: Monday, April 19, 2021 at4 p.m. at Braman Mortuary (Southwest Chapel)

The family of Jerome M. "Jerry" Essington created this Life Tributes page to make it easy to share your memories.

Jerry is finally at rest in “God’s...