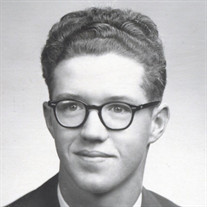 McCABE, Donald M. 10/5/1937 – 11/11/2021 Donald Michael McCabe, born Oct. 3, 1937 at Winner SD to Donald McCabe, and Elva Elsie (Likens) McCabe. As a youngster growing up, he was known as “Mick” to his family and friends. He attended grade school at McNeely District 52 country school for all 8 years. He attended high school at Winner SD senior high, and graduated in 1955. He spent one year at Southern State Teachers College in Springfield SD. In 1957, he enlisted in the United States Air Force, and took his basic training at Lackland AFB, San Antonio TX. His 1st duty station was Hickam Field, Honolulu HI. He was known as Mike or Mac, to his AF fellow servicemen. He served for 23 years, and achieved the rank of Master Sergeant. During those years he was stationed in Hawaii, North Dakota, Nebraska, Texas, Missouri, Greece, and back to Nebraska, where he retired. Most of his career was served in the Strategic Air Command (SAC). He was a crew member on Operation Looking Glass. He is survived by his wife Elaine, two children, son, Russell McCabe of NY, NY, and daughter, Lynne Hartner of Papillion NE; brother, Mark of Pierce NE, and sister, Jean Couch of Ft. Madison IA and 6 nieces and nephews, and 4 grandchildren. Celebration of Don’s Life: Thursday, Nov. 18, 2021 at 12:30pm, with visitation one hour prior to the service, all at Braman Mortuary (Southwest Chapel) Interment: Omaha National Cemetery Braman Mortuary (Southwest Chapel) 6505 S. 144 St. Omaha, NE 68137 402-895-3400

The family of Donald M. McCabe created this Life Tributes page to make it easy to share your memories.

Send flowers to the McCabe family.