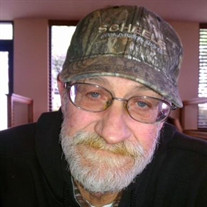 Charles “Chuck” King Benjamin Chuck passed suddenly on 11-25-2021 at 73 years of age. He was born on 10-12-1948 to Joseph and Freda Benjamin in Des Moines, IA. Chuck graduated from Winterset High-school in 1967 and welcomed his only child, Jeffrey, in 1970. Chuck made a career in the construction and transportation industry and was a consistent, hard worker who rarely took a day off. Chuck worked in many parts of the country and the world, including Saudi Arabia and Turkey. For the past 25 years, he and Jeff worked together in the two businesses they built. In his spare time, Chuck enjoyed working alongside Jeff in rebuilding cars, home improvement projects and welding. Chuck was preceded in death by his parents, infant brother, Joseph, and sister-in-law Sondra Benjamin. Chuck is survived by his siblings, Eric “Rick” Benjamin of Auburn, NE, Diane Zeis of Des Moines, IA, and Sharon (Bruce) Hann of Denver, CO, his son, Jeff (Jodi) Benjamin, grandchildren, Joseph, Jenna and Jackson of Yutan, NE along with many nieces and nephews. The family will hold a private graveside service at a future date. In lieu of flowers, memorials given to the family will be used in Chuck's memory at a later date.

The family of Charles K. Benjamin created this Life Tributes page to make it easy to share your memories.