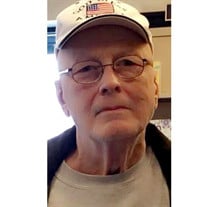 GRUSH, William J. “Bill” 11/6/1939 – 9/18/2021 Grush, William J."Bill" passed away peacefully in his home September 18th 2021. His wife Sandra Grush of 61 years was at his side at the time of his death. Bill was born November 6, 1939 to John and Thelma Grush in Omaha NE. He was the oldest son born, followed by Mike and Jim who was raised in a Christian home. Bill accepted the lord at age 8. Bill graduated high school, went on to UNO to become an XRAY technician, and got his first job in Schyler NE. Two years later, Bill advanced his career and became a hospital Administrator to Three hospitals at different times. Two in Nebraska and one in Iowa. Later on Bill and Sandra moved to Omaha where Bill worked for Roche labs for four years. In between those times Bill and Sandra Grush have three handsome boys Mark, Warren and Graydon. After working for Roche Labs, Bill decided to open up his own Hobby shop. And then "A Star was born" Fans of Star Realm on Facebook. Bill has made great impacts on lots of people lives opening up his Hobby shop for 20years to the very young, middle aged, and to the old. Who does not know Bill; I would invite you to see the comments on' Fans Star Realm' Facebook Comment's on Bill's journey running his Hobby shop along his wife, Sandra and their children, Mark, Warren and Graydon and with some others, wonderful memories of each fans for the past years. Thus far 95 comments and one hundred sixty five likes on Facebook. Bill was well loved and respected by his Fans of Star Realm Bill was also well loved and respected by his friends, family, and church members. Bill has left behind five wonderful grandchildren and five wonderful great grand who absolutely love him. Bill will be laid to rest close by his mom, dad and brother at Hillcrest-Westlawn Cemetery. Bill was preceded in death by brother Mike Grush; He is survived by his Wife of 61 years, Sandy Grush; Sons: Mark (Bonnie), Warren, Graydon (Candy) Grush; Brother James (Judy) Grush; Sister-in-law Sharon Grush; 5 grandchildren & 5 great grandchildren. VISITATION: Thursday, Sept. 23, 2021 from 5:00-7:00pm at Braman Mortuary (72 St. Chapel) CELEBRATION OF BILL’S LIFE: Friday, Sept. 24, 2021 at 10:00am at Braman Mortuary (72 St. Chapel) Interment: Westlawn-Hillcrest Memorial Park To livestream the service, visit the video tab of this webpage Braman Mortuary (72 St. Chapel) 1702 N. 72 St. Omaha, NE 68114 402-391-2171

The family of William "Bill" Grush created this Life Tributes page to make it easy to share your memories.

Send flowers to the Grush family.