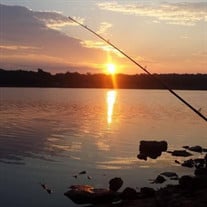 Switzer, Wallace “Dwayne” 7/20/1941 – 5/28/2021 Wallace "Dwayne" Switzer was born on July 20, 1941 in Idaho Springs, CO and passed away peacefully on May 28, 2021 on his farm in rural Murdock, NE surrounded by his family. He was 79 years & 10 months old. His early years were spent mostly growing up in Colorado, Wyoming and Missouri before settling in Manley, NE. He attended Weeping Water High School. Dwayne joined the Navy in 1960 and spent 4 years traveling the world. Spending time in New Zealand and the South Pole were some highlights of his military career. He was stationed at Quonset Point, RI where he met his future wife, Dianne “Dee” Frazier of Warwick. After they married in January of 1965 they made their home in Millard, NE before moving to Manley in 1966. He worked for 30 years at what was then called Western Electric where he made lifelong friends. Dwayne & Dee moved to the farm in 1984 where he loved working hard and living life. Dwayne retired from Western Electric (AT&T) in 1990 and started up his own business, Switzer Bin & Construction. He officially retired in 2008. He LOVED going to Nebraska football games & cheering on the Huskers. He followed and supported his grandkids and great grandkids in each and every sporting activity they participated in, it was his passion. He was THEIR BIGGEST FAN! Anytime he could, he would hunt and fish with the kids and grand/great grandkids. A fishing trip to Canada was a great road trip he took. Dwayne always loved and had dogs, in town and on the farm. Dwayne was active with Manley Fire Dept. which he helped establish. The Manley Mustangs were lucky to have him as a baseball coach for many years. He was active with the St. Patrick's Church Building Committee and Cemetery Board and a longtime member of the Manley School Board. He was a no-nonsense man who lived life as HE wanted. He worked so hard his whole life and taught us so much. He was the BEST Pepere to so many. He did it "His Way". Dwayne is preceded in death by parents, Gerald & Mary Switzer; baby sister, Nada Audrey Switzer; brother, Gary Switzer. Dwayne is survived by wife of 56 years, Dianne; children, Timothy Switzer, Shelly (Patrick) Smith, Heidi (Anthony) Warner & Trevor (Marilisa) Switzer; grandchildren, Justin, Logan, Jacqueline, Abigail, Colby, Trenton, Spencer, Trevor & Nickolas; great grandchildren, Karter, Kyle, Emma, Aubree; sisters, Janette (Ken) Luellen & Sharon Smith of Nebraska; sister-in-law, Arline Cahalan; brother-in-law, Dennis (Marilyn) Frazier of Rhode Island; many nieces & nephews. A private family burial will be held at the Omaha National Cemetery. In lieu of flowers, memorials may be directed to the family to be used in Dwayne’s honor at a later date. Braman Mortuary – Southwest Chapel 6505 S. 144 St. Omaha, NE 68137 402-895-3400

The family of Wallace "Dwayne" Switzer created this Life Tributes page to make it easy to share your memories.

Send flowers to the Switzer family.