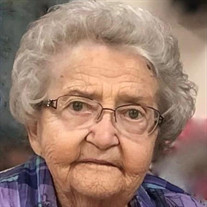 Reminisce with us as we reflect on God’s faithfulness in the life of our Mother. Violet was born in Carpenter, South Dakota, March 4, 1923. She was the fourth of eight children. She grew up on the family farm, and while she was not very good at milking the cows she did better at gathering the eggs and running the separator. Growing up she won the Beadle County Spelling Bee. Later for her own children and husband she was their walking dictionary. She graduated from Doland High School, and attended one year of business school. On January 4, 1948, she married Donald Tschetter in Huron, South Dakota. They were originally planning a summer wedding, but God fast forwarded their plans. Following their wedding they moved to Omaha where Don attended Grace Bible Institute. She worked at University Hospital in Admissions for about a year. These were years of spiritual formation for Mom and Dad as they studied the Scriptures and learned to walk by faith. While at Grace, three girls were born into the family - Cynthia, Cheryl and Claudia. Their walk of faith continued when the family moved to Indiana where Don attended seminary. She was a busy Mom and wife during these years. They added a son, Carlon, to the family. After seminary the family moved to Elbing, Kansas, where Don taught at Berean Academy. We lived on the first level of a large two-story house on campus. The second level served as a dormitory for male students. Mom along with Dad served as dorm parents to high school boys away from home. Connie, our family’s fifth child was born during this time. God’s faithfulness was again evident in 1958, when He directed Mom and Dad back to Omaha to begin serving at Grace Bible Institute, later Grace University. Vi’s role during the 49 years that Dad served at Grace was being a loving support and faithful prayer warrior for him. The family grew with the births of Charles and Curtis. After the children were all in school, Mom began working at the Christ Child Center, where she continued until 1994 when she retired. She was known as “Miss Vi.” While there she functioned in various capacities during her many years of service, but always in the interest of working with children. She made a positive difference in their lives. Some of Vi’s greatest joys: being a faithful prayer warrior; writing letters to family, friends and missionaries; sharing her baked goods; the American flag. Mom’s 98 years revolved around her faith and family. She was a devoted wife for 62 years, a loving Mother, and an affectionate Grandmother. Her generous spirit extended well beyond her family including those who knew her as their unofficial “mom/grandma.” Vi’s trust in the Lord Jesus as her personal Savior is the basis for our hope and the certainty of eternal life. It is this great hope, shared by each member of her family, that allows us to look forward to a great reunion with our beloved Mother, Grandmother and Great-Grandmother one day in heaven. She is survived by: Seven Children: Cynthia (Dean) Carlson of Parker, CO, Cheryl Tschetter of Omaha, Claudia (Cecil) Wissink of Omaha, Carlon (Bonnie) Tschetter of Yukon, OK, Connie Tschetter of Omaha, Charles (Lydia) Tschetter of LaVista and Curtis (Janean) Tschetter of Ogallala. Nineteen Grandchildren: Alyssa (Jon) Buck, Mary (Aaron) Shaul, Jeremy (Rachel) Wissink, Brenden (Allison) Carlson, Ben (Angela) Tschetter, Justin (Sarah) Wissink, Andy (Kristen) Tschetter, Sarah (Zach) McDonald, Jonathan (Christy) Wissink, Mark (Angel) Tschetter, Rebecca Tschetter, Emily (Ryan) Dyer, Nathan (Alex) Tschetter, Anna (Nick) Brobst, Maria Tschetter, Samuel (Charissa) Tschetter, Rachel Tschetter, Abigail Tschetter and Daniel Tschetter. Forty Great-Grandchildren Sibling: Brother, Jim (Lois) Walter To view the live broadcast of Vi’s Celebration of Life go to cbcomaha.org/memorial

Reminisce with us as we reflect on God&#8217;s faithfulness in the life of our Mother. Violet was born in Carpenter, South Dakota, March 4, 1923. She was the fourth of eight children. She grew up on the family farm, and while she was not very... View Obituary & Service Information

The family of Violet Elizabeth Tschetter created this Life Tributes page to make it easy to share your memories.

Reminisce with us as we reflect on God’s faithfulness in the...

Send flowers to the Tschetter family.