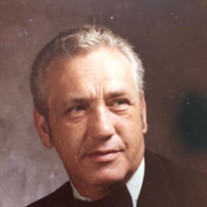 Thomas John Hultquist Hultquist, Thomas John 12/9/34 - 11/21/21 Thomas J. Hultquist was born in Oakland, Nebraska on December 9, 1934 to parents Carl J. Hultquist and Esther H. (Guill) Hultquist. Tom enjoyed playing football for Oakland High School and graduated with the class of 1952. He then attended Wayne State College for a couple of years where he also continued to play football. In 1954 he joined the United States Air Force and was stationed in Florida. He came home in 1956 to marry his high school sweetheart, Caryl Jean (Johnson) Hultquist on January 6th before being deployed to Japan. He continued his service to our country in Little Rock, Arkansas until 1962. He received his bachelor's degree from the University of Nebraska Omaha in 1965 and his master’s degree from University of Nebraska at Kearney in 1967. Tom and Caryl had three children: Michael, Matthew and Kary. Tom taught for many years with Omaha Public Schools as a woodshop teacher and coached soccer, track, and wrestling. In the community he was a Tangier Shriner as an active member of the Hospital Float Unit and was a member of Eastern Star for over 50 years, where he served as Worthy Patron. Tom and Caryl enjoyed their summers off from teaching, traveling across the country with their children where they enjoyed camping, fishing and hunting. Tom and Caryl retired in 1995, and they spent many years as winter Texans in McAllen. They enjoyed drives to South Padre Island, square dancing, and volunteering in Texas elementary schools as ESL tutors. Tom was always on the go with being his children and grandchildren’s biggest fans traveling to all their events. He was also a dedicated Husker fan all the way to the end. Buying his own special handicap Husker football ticket this year to make sure he wouldn’t miss a game. Tom was preceded in death by parents, Carl and Esther Hultquist and son Michael Thomas Hultquist. Survived by wife of 65 years, Caryl Jean Hultquist; children Matt (Stacey) Hultquist, Kary (Byron) Johnson; grandchildren, Kaitlynn, Justin, Kiley, Brooke and Bradyn. Visitation: Sunday, November 28 from 2-4 pm at Braman Mortuary Southwest Chapel. Funeral Service: Monday, November 29 at 11 am at First Evangelical Lutheran Church, 201 N. Davis Ave., Oakland, NE. Interment in Oakland Cemetery, Oakland, NE with full military honors

The family of Thomas J. Hultquist created this Life Tributes page to make it easy to share your memories.

Send flowers to the Hultquist family.