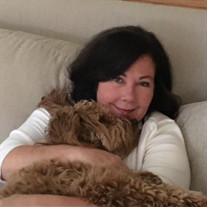 Nancy L. Wescott, age 52 passed away October 25th, 2021. She was born on November 18, 1968, to John and Joyce Wescott. She grew up on a farm near Raymond, Nebraska and graduated from Raymond Central High School. She was involved in many activities in her youth including Band, Cheerleading, Softball, and 4-H. She was awarded many ribbons during 4-H. As she put it, she was crowned the white bread champion of Lancaster County …. Twice. Nancy was an accomplished clarinet player. She took up the clarinet at a young age and was selected to participate in the McDonald’s Honor Band in Hawaii during High School. When she was in the military, she played in the 43rd Army Band. She also spent some time playing in the Lincoln Symphony. But her favorite performance was when she played the Clarinet Polka for her parents 50th Wedding Anniversary. Upon completing college, Nancy spent many years working in Human Resources for several companies in the Lincoln area. Nancy enlisted in the Nebraska National Guard in August of 1988. She would spend the next 25 years in uniform. She spent her final seven years working full time as an instructor at the NCO Academy at Camp Ashland and as the admin for the Army Band. She was deployed to Iraq in 2009-2010. Her last employer was the VA Hospital in Omaha. She really enjoyed working there and helping the veterans. It was upon her return from her deployment to Iraq that her friend Susan connected her to Steve and they were eventually married in April of 2012. Nancy was passionate about dogs and has owned many throughout her life. Her favorite, Milo came along after the death of her son and accompanied her everywhere until her deployment to Iraq. When she came home from her deployment, Milo had adopted her dad and they were inseparable. She currently leaves behind three dogs, Tank, Henry, and Lucy who are moping around the house and miss her dearly. Nancy is survived by her husband Steve; sister Carrie (Ronald) Bouwens; father and mother-in-Law, Otis and Sherry Ward; sister-in-law, Susie (Gary) Janssen; nieces, Michelle (Evan) Vaughan, Brandie (Troy) Bland; nephews, Ben (Chelsea) Bouwens, Blaine (Allison) Janssen, and Brent Janssen; and many other family members and friends. She is preceded in death by her parents, John & Joyce Wescott, her brother Bruce, and son Nicholas. Visitation: Monday, Nov 1st from 5-7 at the Braman Mortuary Southwest Chapel, 6505 S. 144th St, Omaha, NE Celebration of Nancy’s Life: Tuesday, November 2nd at 11:30 am, also at the Braman Southwest Chapel Internment: Tuesday, November 2nd at 1 pm at Omaha National Cemetery with full military honors. Any memorials are asked to be sent to the Nebraska Humane Society or The Alzheimer’s Association.

Nancy L. Wescott, age 52 passed away October 25th, 2021. She was born on November 18, 1968, to John and Joyce Wescott. She grew up on a farm near Raymond, Nebraska and graduated from Raymond Central High School. She was involved in many... View Obituary & Service Information

The family of Nancy L Wescott created this Life Tributes page to make it easy to share your memories.

Send flowers to the Wescott family.