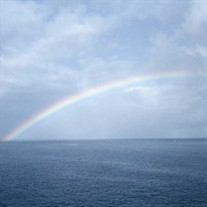 Mindy Leah Ullman, aged 42, of Papillion, NE passed away on December 21, 2021, in her home while surrounded by loving family and friends. Mindy was born in Goldthwaite, TX on August 4, 1979, to Brigitte and Mark DeWitt, the first of 3 children. She married Damian Ullman in 2010 and had two children of her own, Kethry and Drake. Mindy had an adventurer’s spirit and loved to travel, seeing many parts of the world visiting her family wherever they might be stationed. She made friends easily and brought a bright light to all who knew her. Mindy’s career spanned many different industries, but it was in the service of her children where she really shone. Mindy left the workforce after the birth of her son to raise not only her children, but to care for her nieces and nephews as well. In 2020 she became a Special Education Para Professional working at La Vista Middle School and deeply enjoyed her job. Mindy was also a consummate nerd. She loved tabletop games including board games as well as role playing, she was the Game Master for more than one campaign and loved to bring characters to life with accents and stories. When not at home surrounded by her tribe, she could often be found at Universal Studios Florida immersing herself in the Wizarding World of Harry Potter or Superhero Island. She is survived by husband, Damian; daughter, Kethry; son, Drake; mother, Brigitte; father, Mark; brother, Beau (Sara); sister, Jyssica (Brian); grandmother, Annette Dunn; grandparents, Dale and Diane DeWitt, Sara Mooney; and many beloved nieces, nephews, aunts, uncles, and cousins. Mindy was preceded in death by her grandfather Bob Dunn and aunt Chris DeWitt. Services will be held on January 15, 2022, at 2 pm at First Lutheran Church, 420 N Washington St., Papillion, NE., with a wake to follow. Braman Mortuary Southwest Chapel

Mindy Leah Ullman, aged 42, of Papillion, NE passed away on December 21, 2021, in her home while surrounded by loving family and friends. Mindy was born in Goldthwaite, TX on August 4, 1979, to Brigitte and Mark DeWitt, the first of 3 children.... View Obituary & Service Information

The family of Mindy Leah Ullman created this Life Tributes page to make it easy to share your memories.

Send flowers to the Ullman family.