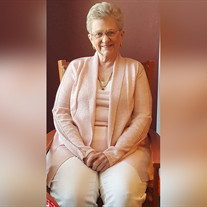 The Rev. Deacon Mary Sue Sturgeon (Coover) August 7, 1940 – March 20, 2021 Mary Sue was born in Bedford, Indiana, the fourth and last child of Grant Marion and Maxine Mildred (Sweet) Coover. She spent her early years in Herrin, Illinois and moved to Fremont, Nebraska where her father was Publisher of the Fremont Tribune. She graduated from Fremont High School and married John A. Sturgeon. She was active in PEO, Beta Sigma Phi and Mrs. Jaycees. She volunteered and served several offices at All Saints Episcopal Church. She graduated from Metro Tech and Bellevue University and completed the Education For Ministry Program from the School of Theology, The University of the South, Sewanee, Tennessee. In 1985, she was in the first class of Deacons ordained in the Episcopal Diocese of Nebraska and was one of four women who were the first women clergy ordained in the Nebraska Diocese. Mary Sue completed Clinical Pastoral Education (CPE) and was a Board Certified Chaplain in the Association of Professional Chaplains. She served as Chaplain and Pastoral Care Team Leader at Bergan Mercy Medical Center. In theAlegent Health System she was a Ministry Educator serving staff and patients in the hospitals across the Alegent System. She served at theAll Saints Episcopal Church altar, sang in the choir and played in the handbell choir. She organized, taught and supervised visiitors in All Saints' Ministers of Care program. In 1993, she married The Rev. William John ("Jack") Kouth. They sang together in The Voices of Omaha Messiah presentations and the Omaha Symphony's Magic of Christmas Chorus. In retirement, she joined Jack in singing in retirement, assisted living and nursing facilities in the Omaha area. She volunteered in the Intergeneration Orchestra of Omaha and served on the Board of the Walnut Grove Townhome Regime 3 HOA. Mary Sue is known for her warmth and caring. Those to whom she ministered and those with whom she worked felt blessed by the gift of her presence, listening, support and guidance. She was a good and trusted friend to many. She was a loving and proud mother and grandmother who doted on her family and whose family deeply loved and supported her. Mary Sue was preceeded in death by her parents, her daughter Cathleen, sister Joan Coover Uhls and brother Jon R Coover. She is survived by her brother Robert Coover (Pili), Providence, RI; husband Jack (Wm John Kouth); son Michael Sturgeon (Ozana), Santa Fe, NM and Naples, FL; daughter Amy Sturgeon, Placitas, NM; daughter Anne Liebentritt (Greg), Omaha and Clearwater Beach, FL; Step-daughter Tamara Kouth Maeder, Fleming Island, FL; Step-sons Tom Kouth and Toby Kouth (Tara Crawford), Omaha. She has 11 grand and step-grand children: Brandon and Madison Sturgeon, Denver, CO; Dillon Liebentritt (Julianne), Andrea Liebentritt Hannibal (Davis), Christina Liebentritt Willis (Kyle) and Jordin Liebentritt (Blake Newton) all of Omaha; Andre Hageman (US Army); Jesse Hageman (Lauren)(US Navy); Luke Maeder, Palmdale, CA; Lindsey Maeder, Fleming Island, FL; Theodore James Kouth, Omaha; and great-grandson Turner James Hannibal, Omaha. A memorial service and celebration of her life will be held at All Saints Episcopal Church, 9302 Blondo Street, on Thursday, March 25, 2021, at 11 a.m. People are welcome to attend the service in person or join by Zoom: https://us02web.zoom.us/j/83938426820?pwd=Mm9oOFZMR01lM0tZcWJnNVlEVFAvZz09 (You can also click on link that says watch webcast) In lieu of flowers, memorials to the Church or the Susan G. Komen Foundation Braman Mortuary (Southwest Chapel) 6505 S. 144 St. Omaha, NE 68137 402-895-3400

The family of Mary Sue Sturgeon created this Life Tributes page to make it easy to share your memories.

Send flowers to the Sturgeon family.