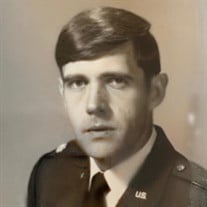 Beaumont, Lincoln S., Jr. (MAJ U.S.A.F. Retired) 5/15/1938 - 5/26/2021 Lincoln “Linc” Spencer Beaumont, Jr., 83, of Omaha, NE passed away at Brighton Gardens Assisted Living facility on May 26, 2021. Linc was born on May 15th, 1938 in Providence, RI to Lincoln, Sr. and Helen M. Beaumont. He grew up with his sister Margery A. Beaumont in nearby Cranston, RI. He graduated from Cranston High School in 1955 and then went on to Brown University, where he earned his Bachelor of Arts degree. Linc eventually received his Master of Arts degree from the Johns Hopkins University School of Advanced International Studies in Washington, D.C. In 1962, Linc joined the United States Air Force, where he began his lengthy and distinguished career. Most of his duties were intelligence related, and not always things he could readily share with friends and family. He served two tours of duty in Thailand during the Vietnam War. During that time, he received the Vietnam Service Medal with three Bronze Service Stars. After the war, he went on to serve with the Department of the Air Force Inspector General's team. He also flew missions on the Looking Glass plane, serving as a backup to the President, by guarding the nation's nuclear codes. After over two decades of serving our country, Linc retired from the United States Air Force in 1983.After his retirement from the USAF, Linc began a career in the private sector. He worked as a technical writer for First Data and CSG, eventually retiring in 2000. Linc was a 43 year active member of MENSA, serving as editor of their regional newsletter for many years. Also, in his spare time, he enjoyed attending live horse racing, playing board games, listening to classical music, and even taking occasional trips to Las Vegas where he played many hours of video poker. Lincoln is preceded in death by his parents, Lincoln Beaumont, Sr. and Helen (Beaumont) Walker; and his daughter, Jean Stender. He is survived by his son, Tomas Beaumont & wife Laci; granddaughter, Bailey Stender; sister, Margery Beaumont; and many other relatives and friends. Graveside Service: Friday, June 18, 2021 at 9:00am at the Omaha National Cemetery (14250 Schram Road) Braman Mortuary (72 St. Chapel) 1702 N. 72 St. Omaha, NE 68114 402-391-2171

The family of Lincoln S. Beaumont Jr. created this Life Tributes page to make it easy to share your memories.

Send flowers to the Beaumont family.