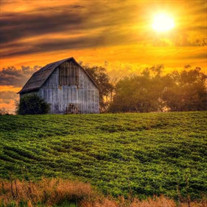 SHOEMAKER, Kenny R. 10/18/1952 – 9/15/2021 Kenny R. Shoemaker, age 68, of Omaha, Nebraska; formerly of Scottsbluff, Nebraska, passed away September 15, 2021, after a courageous battle with cancer. Ken is survived by his wife Sarah (Sally) of Omaha Sons – Chris (Danielle) Grandson- Bennett – Battleground, Washington Jeff of Omaha, Nebraska Kyle of Omaha, Nebraska Mother – Marjorie of Torrington, Wyoming Sister – Kay Dooley (John) of Torrington, Wyoming Sister-in-law – Barbara Shoemaker of Fort Worth, Texas 3 nieces and 6 nephews Preceded in Death Daughter – Leslie Father – Rex Brother – Gary Cousin – Steve Ken and Sally married in 1973. Ken quickly became know as the “Kid” who would go flying with anyone! Sally knew if he wasn’t home for supper, somebody asked him to go flying -- so he went flying. Our 3 sons quickly discovered that their dad wasn’t always home for supper every night. This was normal for them. They were thrilled to get to go with Dad on flights with him. They kept track of whose turn it was to get to ride along. AND they all had to wear suits. Best dressed kids for flight. Memories include an air ambulance flight to Denver on a wintery day. He did the trip and got snowed in for 3 days in Denver. Another time on the way for another air ambulance he was stopped by the police for speeding. He told the officer he had an air ambulance and needed to get to the airport asap. The officer chuckled – said the that was the best excuse he had ever heard. He then instructed him to slow down and arrive alive. One last memory. Ken would also get called out to refuel airplanes after hours. I refuse to go with him because it was after midnight. He got home later. Woke me up! Said he got a t-shirt for me. He had refueled the singer Paul Anka’s jet. The t-shirt had Anka’s picture of him and his current song,” I DON’T LIKE TO SLEEP ALONE”. I should have gone with him. Ken’s love of flying began as a kid on a tractor on the family farm watching the jets fly over. He began his life long dream of flying. While in High School he began taking flight lessons at Scottsbluff Aviation. He obtained his Private Pilot Certificate in August 1972 He also went on to obtain his Commercial, Flight Instructor, Commercial Glider and ATP certificates and Instrument Rating. In 1988 Ken received 2 job offers within hours of each other. Of course, he said yes to the jet job. This was the beginning of the life long dream. Ken logged more than 18,000 hours in the air and 40 plus years in his dream! He was extremely proud of the accomplishment. He flew for Scottsbluff Aviation and Valley Airways (Scottsbluff, Nebraska), Moyle Petroleum (Rapid City, South Dakota) Midwest Aviation (Omaha, Nebraska and Portland, Oregon), Third Security (Florida) and Contract Pilot for John Deere (St. Louis, Missouri) Celebration of Kenny’s Life: Saturday, September 25, 2021 at 1:00pm at Braman Mortuary (Southwest Chapel) To livestream the service, please visit the video tab. Braman Mortuary – Southwest Chapel 6505 S. 144 St. Omaha, NE 68114 402-895-3400

The family of Kenny R. Shoemaker created this Life Tributes page to make it easy to share your memories.

Send flowers to the Shoemaker family.