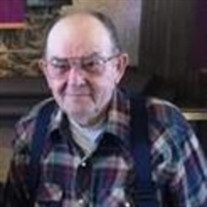 Donald (Don) F. Magill passed away at Lakeside hospital on Saturday, October 23, 2021 at the age of 89years. Services are scheduled for 10:00 a.m. on November 9, 2021 at the First Presbyterian Church in Tekamah, Nebraska. Don was born on August 19, 1932 on a farm west of Herman, Nebraska to Floyd and Grace (Hovendick) Magill. At the age of three he moved with his family to Omaha where his father worked for Sorensen's Dairy. The family remainined in Omaha till his father went back to farming in 1943 again west of Herman. Don spent most of his school years at Broderson school and Herman. In 1952 Don met Judith (Judy) Miller and they were married on the 9th of November of that year. Shortly after their marriage Don was drafted into the army and ended up spending fifteen months in Korea. When he returned home they began farming west of Herman closeby his parents. In 1960 the family of six moved to a farm north of Ft. Calhoun and this is where the family grew up and Don spent many years enjoying the land the deer and coyote hunting that he and the boys enjoyed so much. Don also loved his horses. He spents many hours riding with his children and caring for them. His love of livestock was inherited by his children and grandchildren. In 1994 Don retired from farming and he and Judy spent most of their time continuing to camp, fish and enjoy their family. They have made their home in Tekamah since 1999 and he has loved being part of this community. He is also a life-time member of the VFW and past member of the Legion. Survived by wife Judy Magill; children: Cheryl and John Kelly of Deloit, IA; Randal Magill of Decatur, NE; Terese Magill Decatur, NE; Lorraine Magill of Arlington, NE; Grandchildren: Tina & Angie; Eric & Cindy & Colton; Luke & Andrea; Kristin & Marvin; Brandi , Cory & Melanie; Great Grandchildren: Taylar & Jaycee & Christian; Madison; Alyssa, Olivia, Mason & Mia; Max, Kailee & Mya; Trey & Jaxon; Bradley, Amy & Ryan; Declan, Evan, Miranda, & Allyssa; Great-great grandchildren: Melody & Jazmyn, and soon to be baby sister; Two sisters: Eva McCluskey & Jean Schroeder of Tekamah, NE; many nephews and nieces. Preceded in death: Son Dan; Parents Floyd & Grace Magill; Brother Merlin Magill and Sister Mary Ann Brown.

Donald (Don) F. Magill passed away at Lakeside hospital on Saturday, October 23, 2021 at the age of 89years. Services are scheduled for 10:00 a.m. on November 9, 2021 at the First Presbyterian Church in Tekamah, Nebraska. Don was born on... View Obituary & Service Information

The family of Donald (Don) F. Magill created this Life Tributes page to make it easy to share your memories.

Send flowers to the Magill family.