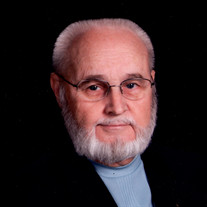 LORIMER, Daniel 7/7/1941 – 6/13/2021 Dan was born in Lincoln, NE to John Fritz and June Elaine Lorimer. One year and one week later, his brother John Fritz Lorimer Jr. joined the family. The two boys grew up on an acreage near the Omaha Country Club. Some of Dan’s favorite childhood memories were playing with his Irish Setter Impy, named after one of the popular products his dad sold – Imperial Whiskey, camping with his brother in the woods and performing their duties as Honorary Railroad Inspectors after getting caught swinging across the railroad tracks. He also reminisced of times working as a caddy at the Country Club, but never took up the sport. Dan’s love of flight began as a teenager working at the Clear Ridge Airport on North 72nd Street not too far from the family home. He would clean out airplanes between flights in exchange for free flying lessons. And once he got a taste of the beauty and silence of being so far above the earth, his heart was captured and from then on, becoming a pilot was his dream. His education started in a one room schoolhouse then continued at Benson High School where he was on the gymnastics team and played football. One of his fondest memories of the years right after graduation was his purchase of a Model T Ford for $50 and how he doubled his money in only a year when he sold it. Many decades later, he regretted not hanging on to it. He also enjoyed drag racing, painting and time with friends. Fast forward to 1964 as the Vietnam War continued, that dreaded draft notice from the Army arrived. Since his pilot dream was still strongly embedded in his heart, the US Air Force seemed a better place to serve and prepare for his desired career path. Dan served four years with duties working on airplane ground crews and sometimes as a crew member on reconnaissance missions. When honorably discharged, Dan returned to Omaha and worked to earn his private and commercial pilot’s licenses but the available pilot positions were scarce so he chose to pursue an Associate’s degree in the field of drafting where he could use his artistic and technical skills. He soon met his future in-laws who took such a liking to him that they introduced their oldest daughter in hopes of sparking a romance. Fortunately, they were successful in their matchmaking endeavors. Dan and Nancy soon became Mr. and Mrs. Lorimer in 1974 which began their 46 year marriage. Through Dan and Nancy’s devotion to each other they found faith in Jesus Christ and began building a family based on Biblical values. Two sons were born into the family, Justin in 1980 and Joshua in 1983. Over the years, the family enjoyed going to church, attending Family Camp, vacationing in South Dakota, visiting relatives in Colorado and Texas. A recent memorable highlight was taking a Disney Cruise with friends and family. After his retirement, Dan enjoyed being a Papa to his three grandchildren, Kyle, Jonathan and Shiloh. His days were spent watching Kyle play baseball or designing, building and flying radio-controlled airplanes with a group of retired friends. He also took great pride in manicuring his yard to perfection and keeping his car just as pristine. His steadfast loyalty and commitment to his family was unequaled and evident to all. His infectious laugh, loving kindness, quick wit, endless wisdom, caring nature and great hugs will be fondly remembered and greatly missed. He is survived by wife of 46 years, Nancy Lorimer; Sons: Justin & wife Amanda, Joshua; Grandchildren: Kyle, Jonathan, Shiloh; Brother John F. Lorimer, Jr.; Countless other relatives and friends. Celebration of Dan’s Life: Friday, June 18, 2021 at 5:00pm, with family receiving friends one hour prior to the service, all at Braman Mortuary (Southwest Chapel) Graveside Service: Monday, June 21, 2021 at 9:00am at the Omaha National Cemetery Memorials to Follow Me Ministries, P.O. Box 540826, Omaha, NE 68144 Braman Mortuary - Southwest Chapel 6505 S. 144 St. Omaha, NE 68137 402-895-3400

LORIMER, Daniel 7/7/1941 &#8211; 6/13/2021 Dan was born in Lincoln, NE to John Fritz and June Elaine Lorimer. One year and one week later, his brother John Fritz Lorimer Jr. joined the family. The two boys grew up on an acreage near the Omaha... View Obituary & Service Information

The family of Daniel Lee Lorimer created this Life Tributes page to make it easy to share your memories.

Dan was born in Lincoln,...

Send flowers to the Lorimer family.