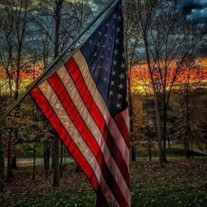 BAUGHMAN, Brad L. 5/29/1949 – 12/14/2021 Brad Baughman passed away Tuesday, December 14th with his family by his side. Brad was born on May 29, 1949 to Charles and Mary Baughman. He was the middle child of 5. Brad attended Benson High and then trade school where he began his knowledge and love for what would become his career. He started his calling at John Markel Ford where he was everything from a mechanic to a BMW Sales Manager for years. Brad met the love of his life Rita Bodammer in 1965 and then joined the United States Army where he proudly served his country in Vietnam. Brad was with the MacV unit while overseas. He served in Vietnam in ‘69 ‘70. Upon his return he married Rita on June 19th, 1971 and later completed his family with two children Matt and Donna. Brad then followed his dreams and opened his very own “shop” called Midwest Automotive. He lived his dream successfully for decades and eventually retired in 2009. Brad loved the outdoors. His favorite past times were camping with his truck camper and boating with his pontoon boat. He also had a love for motorized toys: 3 wheelers, 6 wheelers, dirt bikes and motorcycles. His happy place was next to his wood burning stove and he made sure there was one in all of his favorite places at home. Brad was preceded in death by brothers Doug, Charles “Skip” Baughman; He is survived by his wife of 50 years, Rita Baughman;son Matt (Courtney) Baughman; daughter Donna Baughman (Marshall Davidson); grandsons Jax & Noah; sisters: Mary Morris, Susie (Gary) Hall; Sister in laws: Barb and Barb Baughman; Many other relatives & friends. Visitation: Friday, Dec. 17, 2021 from 6:00-8:00pm, with a Wake Service at 7pm, all at Braman Mortuary (72 St. Chapel) Funeral Mass: Saturday, Dec. 18, 2021 at 10:30am at St. Bernard Catholic Church (65 & Military Ave.) Braman Mortuary (Southwest Chapel) 6505 S. 144 St. Omaha, NE 68137 402-895-3400

The family of Brad L. Baughman created this Life Tributes page to make it easy to share your memories.

Send flowers to the Baughman family.